CELTIC CIVILIZATIONS OF THE MIDDLE AGES 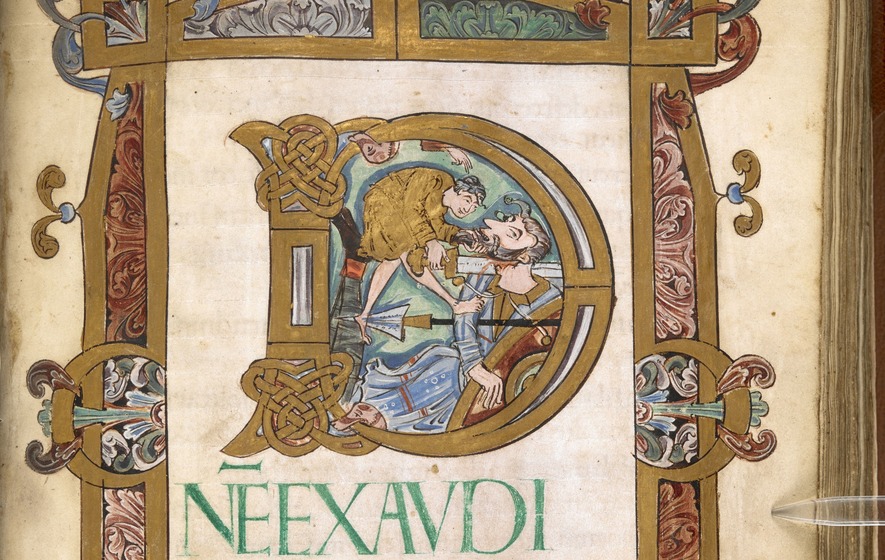 Have you ever wondered about bards, druids and pagan religion, Celtic mythology, "Celtic monasticism," heroic literatures and what happens to them in the Christian era, beautifully ornamented Gospel books like the Book of Kells, and the conquest of the Celtic nations of Ireland, Wales, and Scotland by the English?  Have you ever wanted to compose and perform a satire against your teacher or competing discussion sections?  If so, this is the class for you!  Celtic studies is a field bedeviled with paradoxes.  On the one hand, Ireland alone preserves the richest vernacular literature extant from anywhere in western Europe before the twelfth century:  volumes and volumes of narrative tales and poetry, annals, law tracts, saints’ lives, and genealogies that run to 13,000 names and counting.  On the other, its history and culture, along with that of Wales, Scotland, and Brittany remains a virtual unknown to the vast majority of medievalists. Usually Ireland appears in standard medieval textbooks (if at all) principally as the “savior” of a western civilization in which it is then, bizarrely, imagined as having never subsequently participated.  Wales and Scotland have fared even worse in textbook accounts, showing up only briefly—and then only in order to be vanquished (or ultimately not, in the case of Scotland) by the English.

This class seeks to redress that imbalance by focusing entirely on the history and culture of the Celtic-speaking peoples of Europe from the Iron Age to the coming of the Normans to Ireland, Wales, and Scotland in the twelfth century.  There are two principal themes to this course:  identity and tradition.  By “identity” is meant “Celtic” identity--the notion that the peoples and cultures we will study this term display common characteristics that one can legitimately term “Celtic.”  As we will see, this is a more complicated subject than it might at first appear.  The “Celtic” peoples we will study this term were widespread throughout the ancient and medieval worlds, a fact that in itself suggests regional variation and the possibility of differential change over time.  Moreover, these peoples did not exist in isolation but, rather, lived side by side with the literate cultures of the ancient and Christian worlds.  Distinguishing what is “Celtic” from what is not can be a difficult proposition indeed.  Related to the issue of “identity” is that of “tradition”:  how traditions are transmitted and how they change over time in response to changing perceptions and priorities.  It is a common assumption that Celtic-speaking peoples were both capable of and interested in transmitting “traditional” beliefs unchanged throughout the centuries.  However, for many of these peoples, the past served primarily as a means by which to talk about the present, a fact that makes it difficult to talk about “tradition” as though it were always and everywhere an immutable constant.  A large part of our efforts this quarter will thus be devoted to understanding the construction of tradition rather than its verbatim transmission over time.

NOTE:  This course is approved  for both VLPA and I&S credit.

Readings:  One of the interesting aspects of the Celtic cultures of the middle ages is that their intellectuals reserved writing primarily for texts that we would today regard as primarily literary rather than historical or administrative in nature.  Consequently, the readings for this class will consist mainly of myths, poetry, and the stories of saints.  Seven books are required for this class:

The Celtic Heroic Age, ed. John Koch with John Carey (this book is out of print, but should be available in used copies.  I have a preference for the 4th edition, but the 2nd or 3rd edition can be made to work also).

The Celtic Poets, transl. Patrick Ford (I will be scanning this book and putting it on the class website, so you do not have to buy it)

Adamnan of Iona, The Life of Columba, transl. Richard Sharpe

The Journey through Wales and the Description of Wales, transl. Lewis Thorpe

There will be two days of lecture every week (into which I often try to incorporate some discussion also) and a Friday discussion section for the class.  Two short (two-page) papers are assigned for the class, each of which has a mandatory rough draft.  In addition, students will write four reader response paragraphs on selected section readings and keep a bluebook of informal in-class lecture responses (both of these latter will be graded on percentage completed rather than on content).  There will be a 90 minute final exam at the end of the quarter.  Students are also expected to participate in two peer review workshops during the quarter in which they will provide rough draft feedback to fellow students.

Grades will be determined according to the following percentages:

Assignments are weighted by group: